The performance of computers is affected by all its resources like processor, amount of memory, graphics processor and also hard disk. The upgrade to all other resources except hard disk has already been done. The processor is now i3, i5, i7, etc,. with a speed of more than 2.5 GHz and with at least 4 cores.. The optimum memory for a laptop is around 4 GB and for desktop it’s 8 GB which is more than sufficient. The graphics processors by NVIDIA provide better graphics performance and they rock well in gaming. They also have memory in GBs. But the hard drive is now evolving to a new form.

The technology is simple. They just use flash memory for making the hard drives. It is the same as RAMs. But they are volatile memories. In this SSD technology, they use NAND based flash memory which retains the stored data even after the power is off. It makes them to be non-volatile drives.

What is in an SSD? 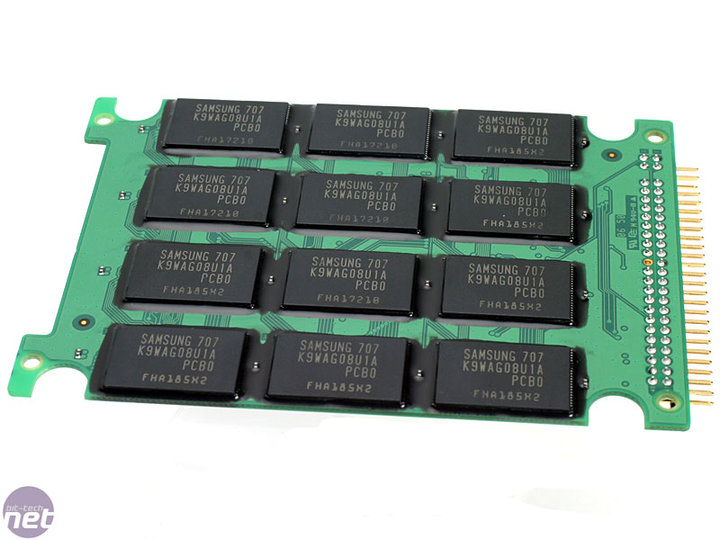 In the picture above, you can see the chips mounted in a board. All are light-weighted ICs which makes them more light in weight and the power consumption is very less compared to traditional hard drives.

Why does the hard drive affect the performance of the computer?

All the files are stored in the hard drive. If you try to open a big file, say a pdf document, it will take a lot of time even in a higher-end computer. It’s because of the access time. Even booting rely on the data stored in the hard drive. If the data you want is stored in the main memory that makes your job easier. If you are copying a big file to your hard drive or you are downloading large data, it will affect all other running applications. So, the overall performance is much affected by the performance of the hard drive. The speed of the hard drive was 5400 RPM previously, now its 7200 RPM. Even now the performance these drives can’t defeat the Solid State Drives. Also the traditional hard drives emits lot of heat as the disk spins almost all the time. In case of SSD, no heat at all because there isn’t any moving parts.

So, geeks decided to make the hard drive with flash memories. The set up fix perfectly with a 2.5 inch hard drive case which are used in notebooks. It can also be used in desktop computers.

View of an SSD 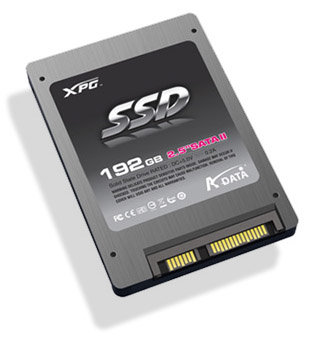 In the Image above, you can see that it exactly looks like a traditional hard drive. It has the power connectors and data cables and it is compatible with SATA hard drives.

So, if you have a higher end laptop, you can give your laptop a new life by just upgrading to SSD. But the proce of SSD is much costlier that traditional hard drives. for a 64 GB hard drive, you have to spend around $130 which is almost equal to the cost of my 2TB external hard drive :( So, the better option would be to use the SSD only for the operating system and to store some important and frequently used files. Use a traditional external hard drives to store your all other files. This should work perfectly fine. I saw all video reviews and written reviews about the performance of SSD. Your machine will boot more than 2 times faster than previously. All your application will run faster. Data transfer rate is around 712 Megabytes/sec for reading and 654 Megabytes/sec for writing. It took only 0.8 seconds for transferring a video rip movie of 700 Megabytes.

I know there will be lot of questions after reading this. Let me answer for some questions I know.