I purchased a 48 inch LED Samsung Smart TV UN48H6350AFXZA on November of 2014 right around the black Friday deals. I really wanted a smart TV as I was planning on only using it with online streaming services such as Netflix, Hulu Plus, and Amazon Prime Videos. I also have a local Plex Media Server that runs on my FreeBSD home server so I also wanted to be able to install the Plex app on my TV and stream it straight from the server without the need to use any additional device such as Chromecast.

The TV was working perfectly fine until a few weeks ago when I started getting occasional “Network error” when streaming movies using the Plex app. First I thought I had some issues with my Wireless router and didn’t pay much attention and restarted the TV. Things were fine but I kept getting the “Network error” message and the video will stop playing from time to time. I tried restarting the Wireless router and the Modem but no luck. I even tried resetting the TV to factory defaults. Nothing changed. After a few days, I couldn’t even connect to Wireless networks. I thought the Wi-Fi module in the TV stopped working and tried to use the Ethernet cable. Things were working fine for a few days and then it started acting up again. Finally, the TV would sometime freeze (i.e) not respond to any key strokes from the remove or the hardware jog control. Sometimes it will even reboot itself.

My TV came with just one year warranty and I didn’t purchase any extended warranty because I didn’t think I will need it but I was really disappointed when this problem happened. Since the TV was purchased over a year ago, I wasn’t sure if contacting the Customer Service was going to be any helpful but I contacted them anyway. I was on the chat with the customer services representative for hours and he asked me to try a lot of diagnostic steps which I had already done. They finally said the TV needs to be repaired and recommended a service center close to me.

So I called the service center and explained them all the symptoms and they said it would require changing the motherboard of the TV and that would cost about $400. I purchased the TV for only $600 and I wasn’t comfortable spending $400 just for getting it fixed.

I made the purchase of the TV using my Discover card and one of the card benefits is Extended Product Warranty. So I decided to call Discover customer service to see if they would cover the cost for the repair. They got all the details from me regarding the TV and the problem, gave me a claim number and asked me to wait for a call from them.

I didn’t want to wait for them and tried to figure it out myself. These are the facts so far:

I found out about the hidden service in the Samsung Smart TVs. It can be activated by the following steps:

The TV will now power on and the service menu will show up. The service menu has a lot of options we can tweak. I didn’t want to touch anything that I wasn’t sure about. There is a menu to perform diagnostic tests on various components/module on the TV under the SVC option. 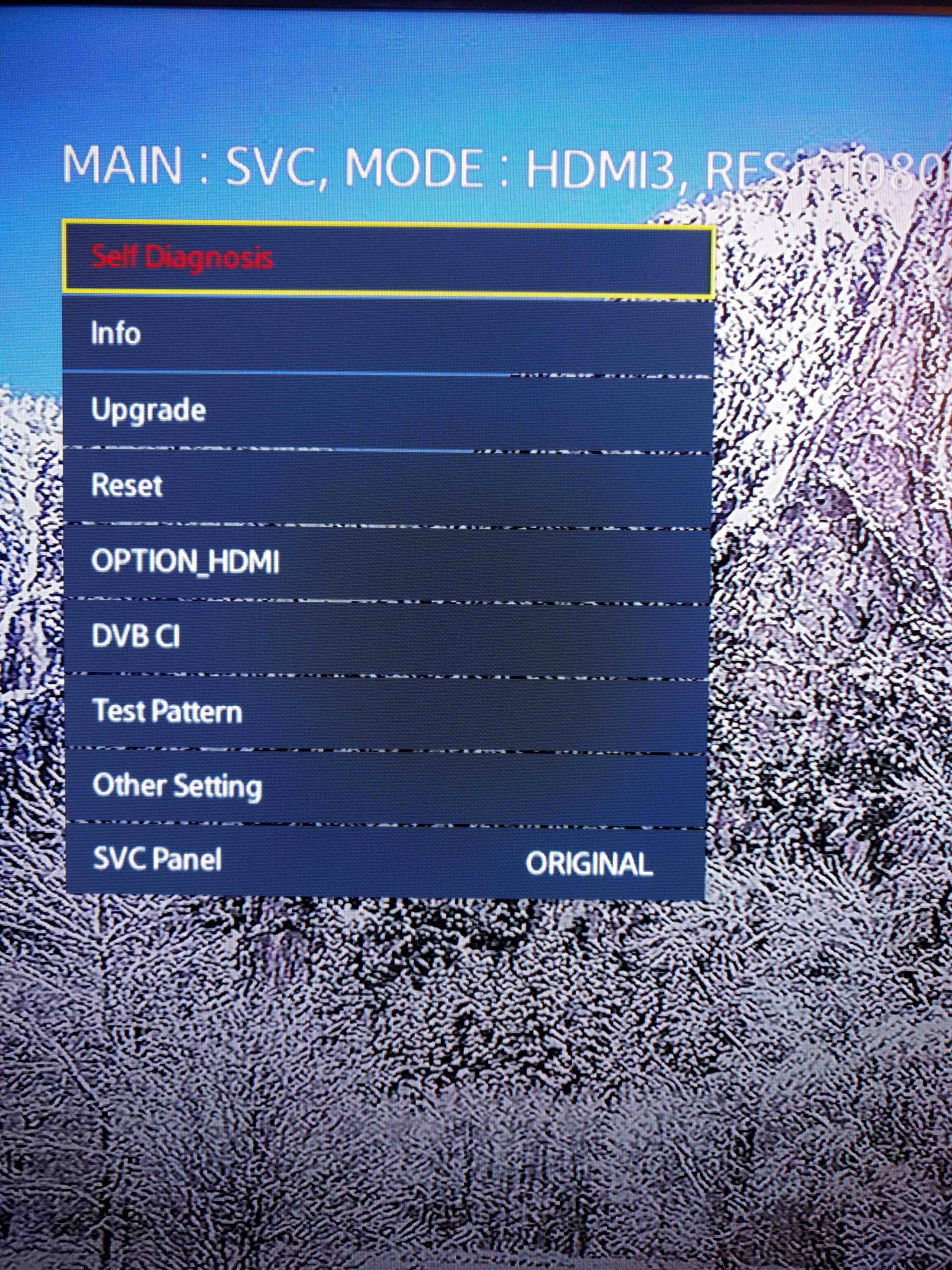 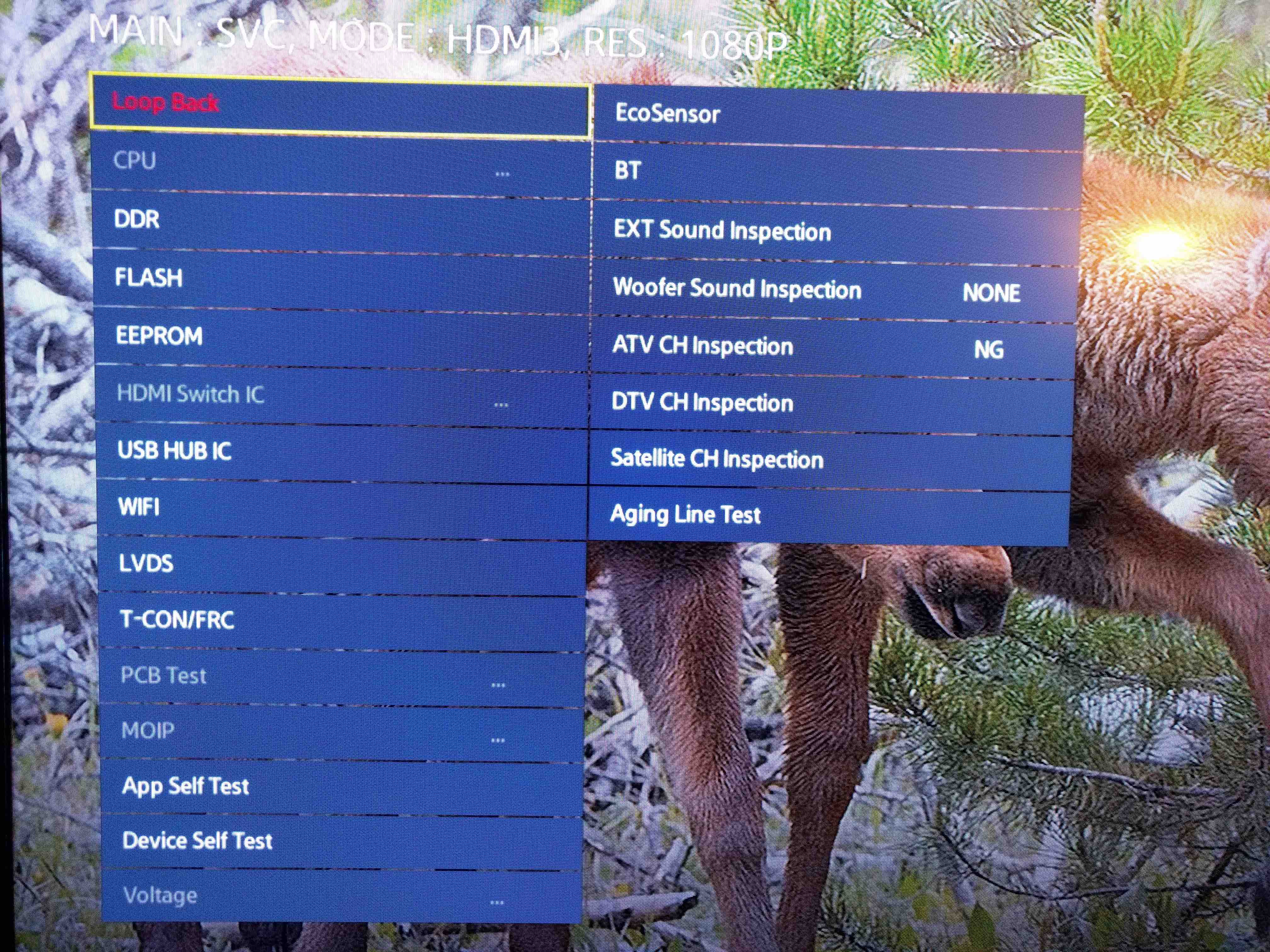 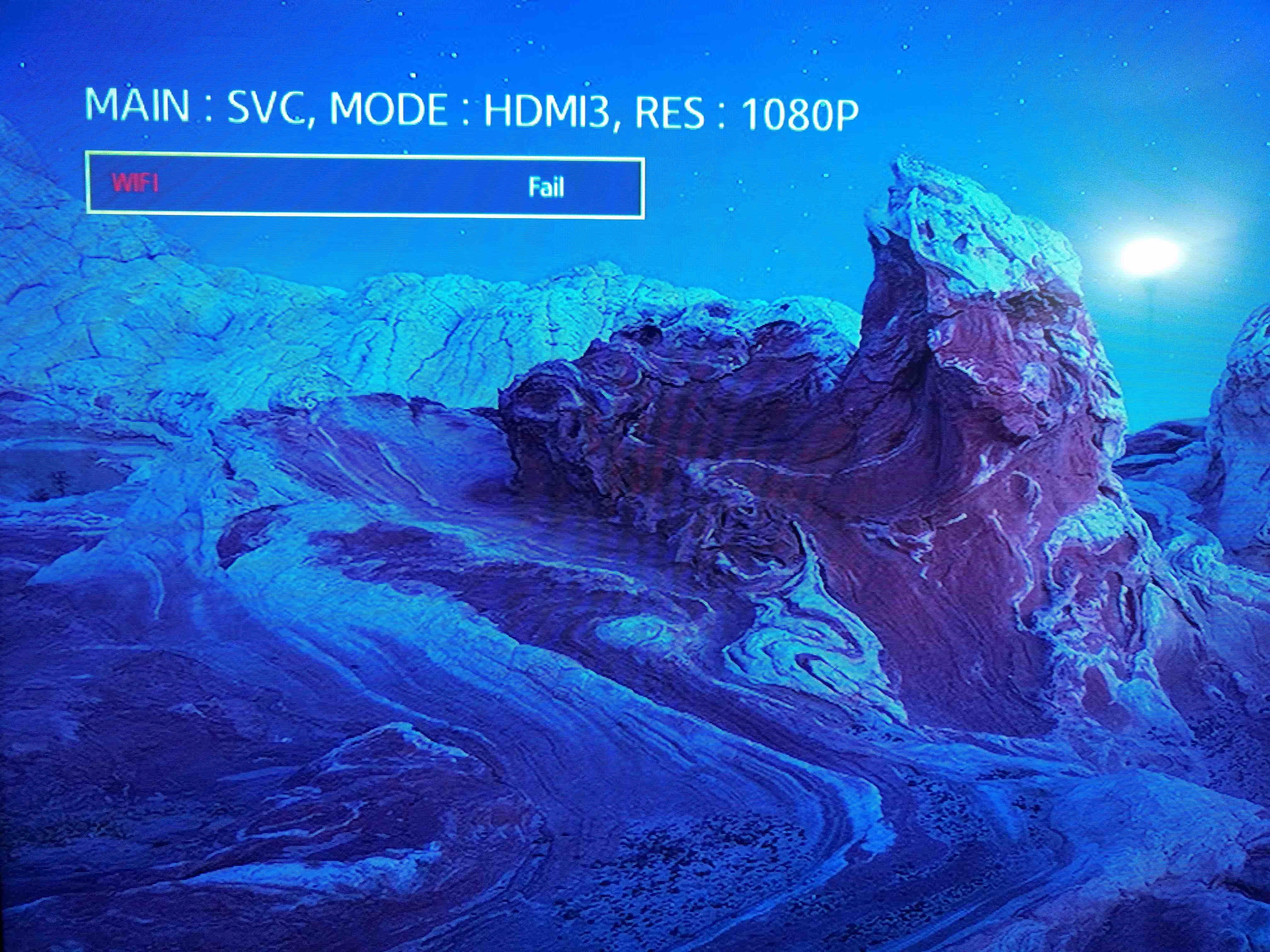 I did the diagnostic tests on the components one by one. When I tested the Wi-Fi module, the result came back as “Fail” and it also caused my TV to freeze again. I left it for a few seconds and then the TV rebooted. So this made it clear that the TV had trouble talking to the Wi-Fi module and that probably caused a Kernel panic which resulted in the reboot. The Samsung Smart TV runs linux kernel 2.6. Even though the TV initially started out with the Wi-Fi problem, because of all other issues I thought the Wi-Fi problem was just a symptom of something big but that wasn’t the case.

To confirm this, I took the TV apart and identified where the Wi-Fi module is located. Then I removed the connector that connects the Wi-Fi module to the motherboard. The problem went away. I couldn’t connect to any Wi-Fi networks but that makes sense. I was able to successfully use my Ethernet connection and stream movies just fine.

I looked up on eBay for the Wi-Fi module’s model number and part number and I was able to find one that costs me $8. I’ve ordered it and it should be here next week. I hope if I replace the Wi-Fi module, I can connect to Wi-Fi networks again.

Today, I received the Wi-Fi module I ordered on eBay and replaced the faulty one I had on my TV and it has been working really well. But the new one only supports 2.4 GHz Wireless networks and not 5 GHz networks even though I bought the one with the same part number. It is not too big of a deal though.